The aim of our research is to develop methods for determining species affinity of animals’ hair by means of determining their melting temperature. The research material was selected from hair samples of livestock and wild animals. We have investigated 170 hairs of 16 species of animals and human. Determination of the hair melting point was carried out with the use of automated system for melting temperature determination Opti Melt (MPA100).

The article proposes the use of an additional method for determining animal species through examination of hair physical properties in particular determining its melting temperature. The hair melting temperature of different animal species are in different range but nevertheless the initial temperature of the melting point of certain animals’ hairs has similar values. For example, the initial melting point of cat, sheep, hare, rabbit, and rat hairs ranged from 100 to 111 ° C, and the hair of a wolf, bear, fox began to melt from 139.2 to 141.2 ° C.

Thus, the results of the research allow using a new method for determining the species affinity of animals according to hair melting temperature, which has not been applied before. The proposed method is performed in a short period of time that defines its rapidity.

The method can be used as an additional on controversial issues when the data obtained by microscopic examination are not enough that will greatly facilitate the work of forensic specialists, enriching the arsenal of the implemented methods.

Veterinary forensic science is one of multiple applications of veterinary medicine. Currently, one of its most urgent issues is the identification of animal species based on their carcass, internal organs, bones and, in some cases, their hair, especially the structure of their hair. This need is particularly acute when taking account of increasingly growing incidence of animal theft, illegal animal slaughter, poaching, theft of animal fur and skins, etc. All the aforementioned types of evidence may be found at the crime scene, crime tools, any sharp or blunt objects, as well as weapon, vehicles, clothing, etc. [29, 20].

As reported in literature, animal hair serves as an important biological evidence in such cases as the ones mentioned above. Thus, research on animal hair is crucial from the perspective of veterinary forensic scientists [18, 19, 25].

The research methods applied in contemporary forensic biology with the purpose of examining animal hair have been developed upon the accomplishments of biological sciences and specific experiments. These methods are based on general biological assumptions, forensic identification techniques and forensic diagnostics [5, 23, 27].

The most recent scientific methods for determining animal species are conducted on the molecular level and consist in determining keratin specificity in animal species. However, in the majority of cases, scientist refer to morphological analyses consisting in the identification of specific anatomical structures of animal hair, especially cortical fuse and medulla. There have been suggested certain methods that combine microscopic examination with digital processing, enabling the identification of hair colour with the use of dedicated software [9]. Other methods consist, inter alia, in the analysis of the cross-section of animal hair with laser scanning confocal microscopes [16]. The ramifications of the elimination of any biological factors influencing the condition of animal hair, including its condition upon an animal’s death, have also been studied, enabling scientist to draw certain conclusions [26]. Loïc Bertrand et al. described the historical significance of hair [7].

The identification of animal sex based on animal hair shows difference in the set of chromosomes in male and female individuals in terms of chromatic formations detected with cytological examinations. Ayat H.B. Rashaid et al. studied the amino acid composition of keratin, which is the key component of hair. The statistical analysis of data in 64 subjects, including 33 males and 31 females aged 1 to 77, showed that it is possible to determine sex, age and region of origin based on the amino acid composition of hair [3]. Laatsch, Chelsea N. et al. were able to identify ethnicity by studying the differences in proteins building human hair [10].

Despite the above-mentioned achievements in the study of animal hair, medico legists and biologists are still experiencing certain difficulties in the application of appropriate expertise due to the incompleteness of data on the macroscopic structure of animal hair in in many species and the unavailability of illustrative materials that would be helpful for experts in differentiating animal hair and its allocation to specific animal species. Pilli Elena et al. studied the significance and complexity of animal hair based on the analysis of morphological characteristics and DNA [22]. Birngruber C. et al. reported problems in identifying species affinity based on the DNA analysis of animal hair when examining hair originating from an unknown number of animal species [8].

In literature, there are numerous works dedicated to the detection of foreign matter in hair, including drugs [1, 11, 24], medicinal products [14, 17], alcohol [2, 6, 12], toxic substances [14], explosives [21] and others [4, 15]. However, there is almost no data on the physical characteristics of hair, especially its melting points.

Microscopy research and techniques are not always successful in identifying species affiliation. Therefore, to address this key issue, it is necessary to expand the scope of animal hair properties examined and develop research methods that are less expensive compared to DNA analysis. The aim of this study is to develop the method of identifying species affiliation based on the animal hair melting points.

The melting points of individual hair samples were measured and calculated with the use of OptiMelt (MPA100), an automated system that provides a fast and accurate measurements of melting points and melting ranges of chemical substances, produced by Stanford Research Systems and compatible with Pharmacopeia and GLP regulations. The device measures melting points and melting ranges of various materials placed inside its tube within the diameter of up to 2 mm. Thus, the collected hairs sampled were cut into sections 2-3 mm long. Three sections of each hair sample were placed into different melting tubes and three repetitions were performed. The achieved results were calculated on the basis on images of hair samples taken in real time with the use of a built-in camera. The respective melting points or melting ranges are displayed on the front panel and automatically saved to the device storage. The following parameters were set in the system: initial melting point (70 ºC), final melting point (250 ºC) and the speed of measuring melting points (5 ºC / min). Beforehand, the device had been calibrated in accordance with certified standard samples included in the kit (Vanillin, Phenacetin, Caffeine), corresponding with the current protocols of the European Pharmacopoeia.

The presented research results constitute a brief summary of the suggested method for identifying species affinity on the basis of animal hair. However, in the future, further and more detailed studies may be required to determine melting points for diverse types of animal hair (guard hairs, awn hairs, under hairs, sinus hairs intermediate coat) of each animal species, taking into account the age of an animal. At the present stage of research, there have been studied guard hairs of distinct species of middle-aged animals.

Due to the fact that hair does not melt but burns, the use of potassium hydroxide (KOH pure), added into the melting tube together with the cut hair (2-3 mm), was suggested. It was one of the key moments influencing the efficiency of this method for determining hair melting points. With the Melt View software, it was possible to observe the hair sample on the device monitor and videotape the entire melting process. The results obtained from these experimental analyses are presented in Table 1 below.

This study has yielded results that enable the application of a new rapid method for identifying species affiliation based on the animal hair melting temperature. Such method has never been used before. Due to the fact that hair does not melt but burns at very high temperatures, the measurement of initial and final melting points of examined hair samples was carried out with the use of alkaline substances that destroy the cortical cells of hair and denatures collage, a hair protein. This new method may serves as an addition method to be used for the purposes of resolving any controversial issues where data obtained in microscopic examinations is not sufficient. This would greatly facilitate the work performed by forensic scientists, enriching the arsenal of available methods.

The application for the patent for the newly developed method for identifying species affiliation based on hair examination has been filed at the National Institute of Intellectual Property of the Ministry of Justice of the Republic of Kazakhstan. 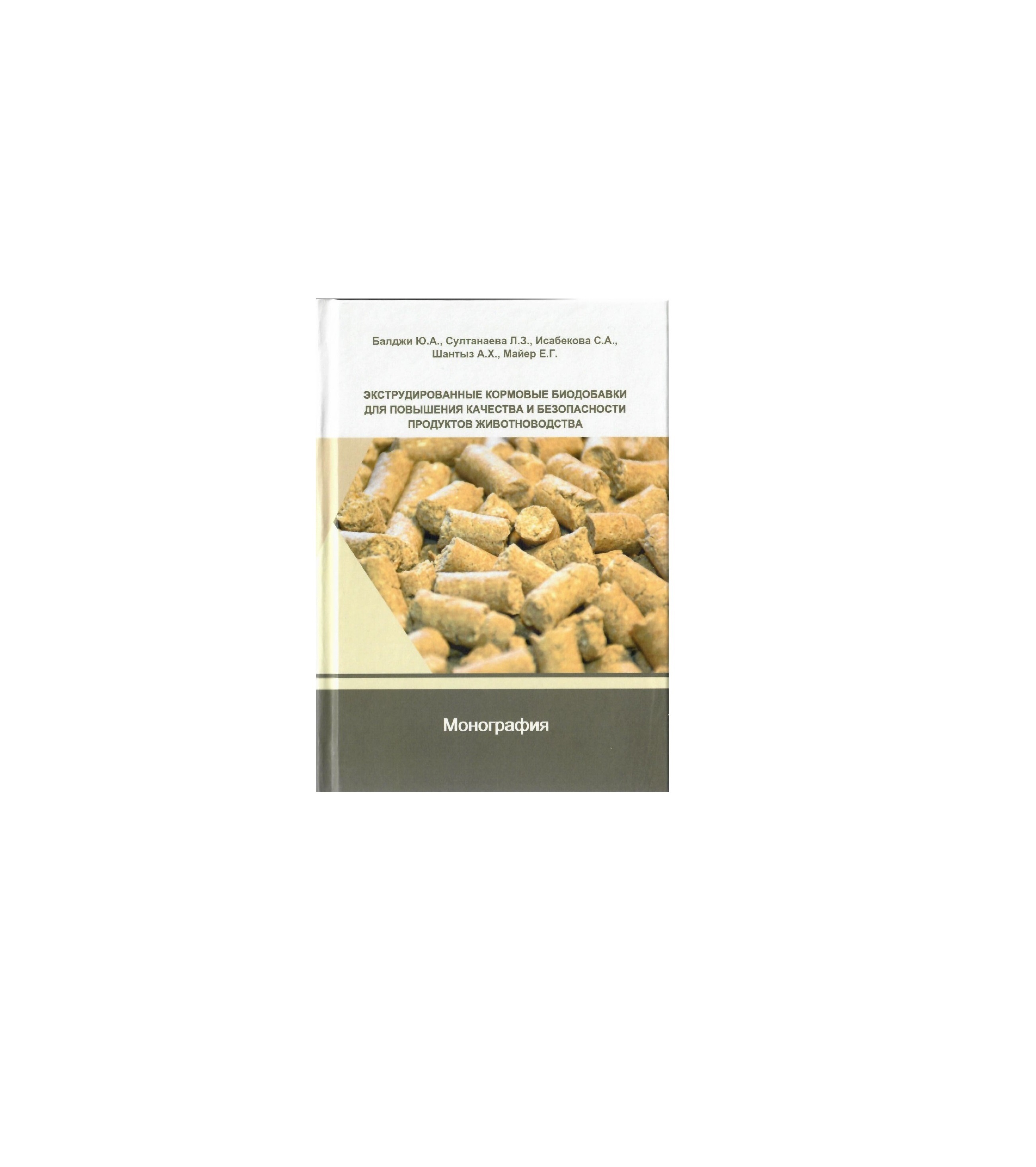 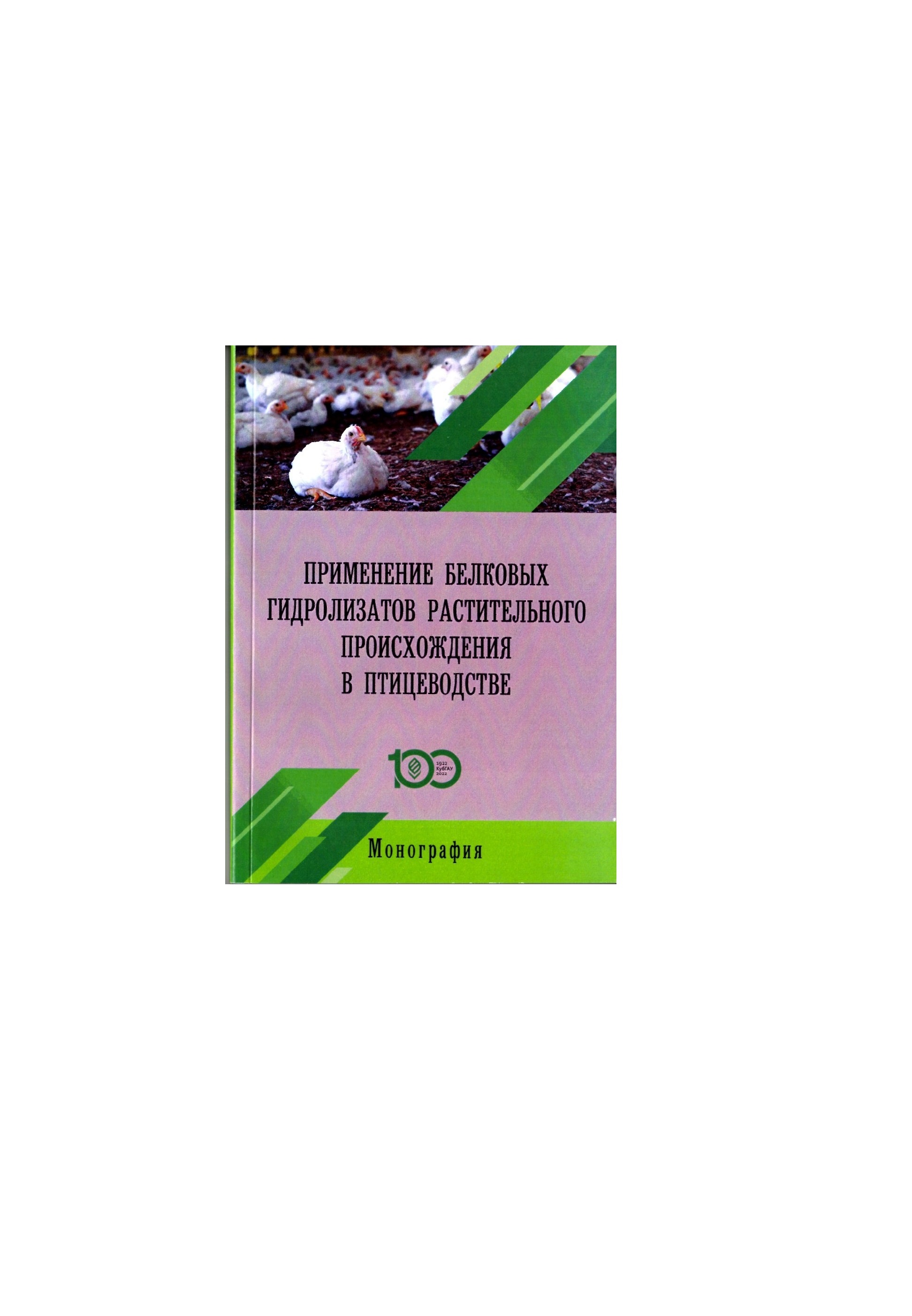 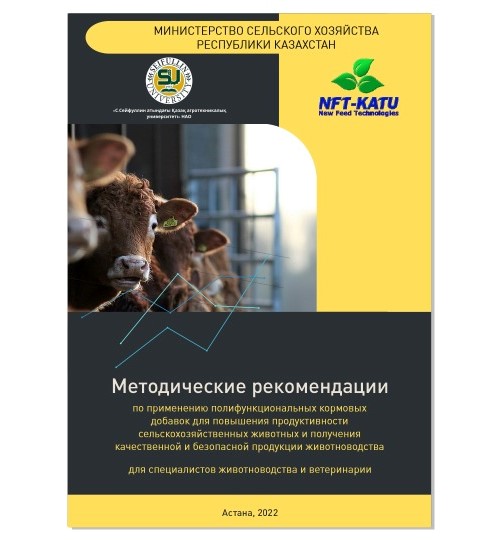 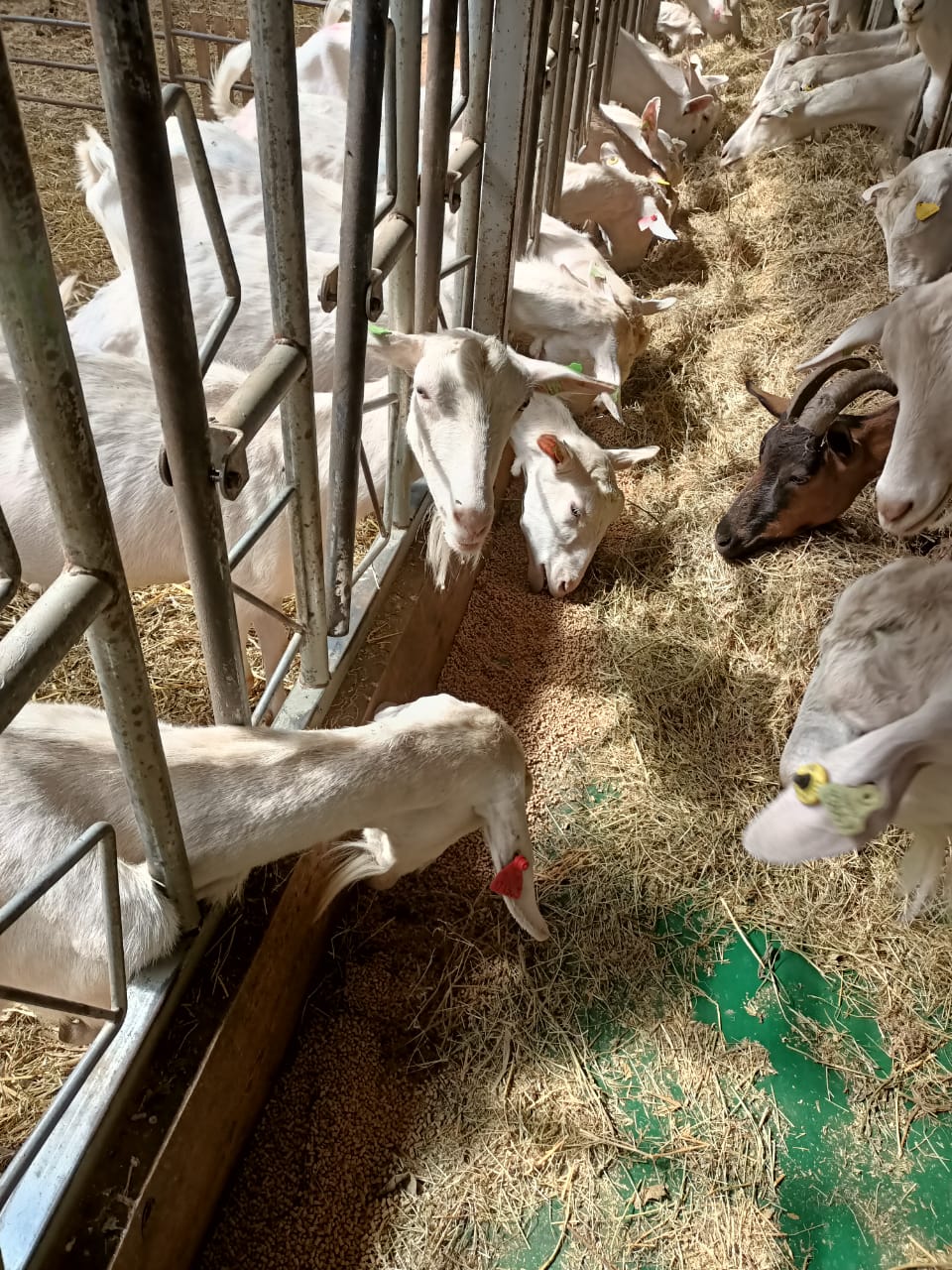 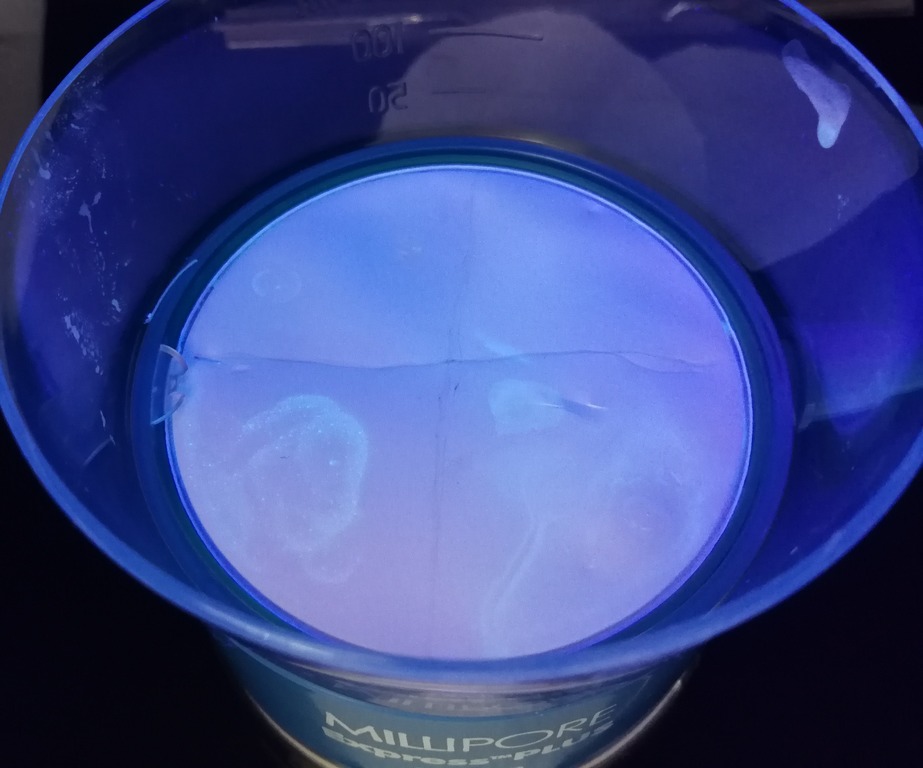 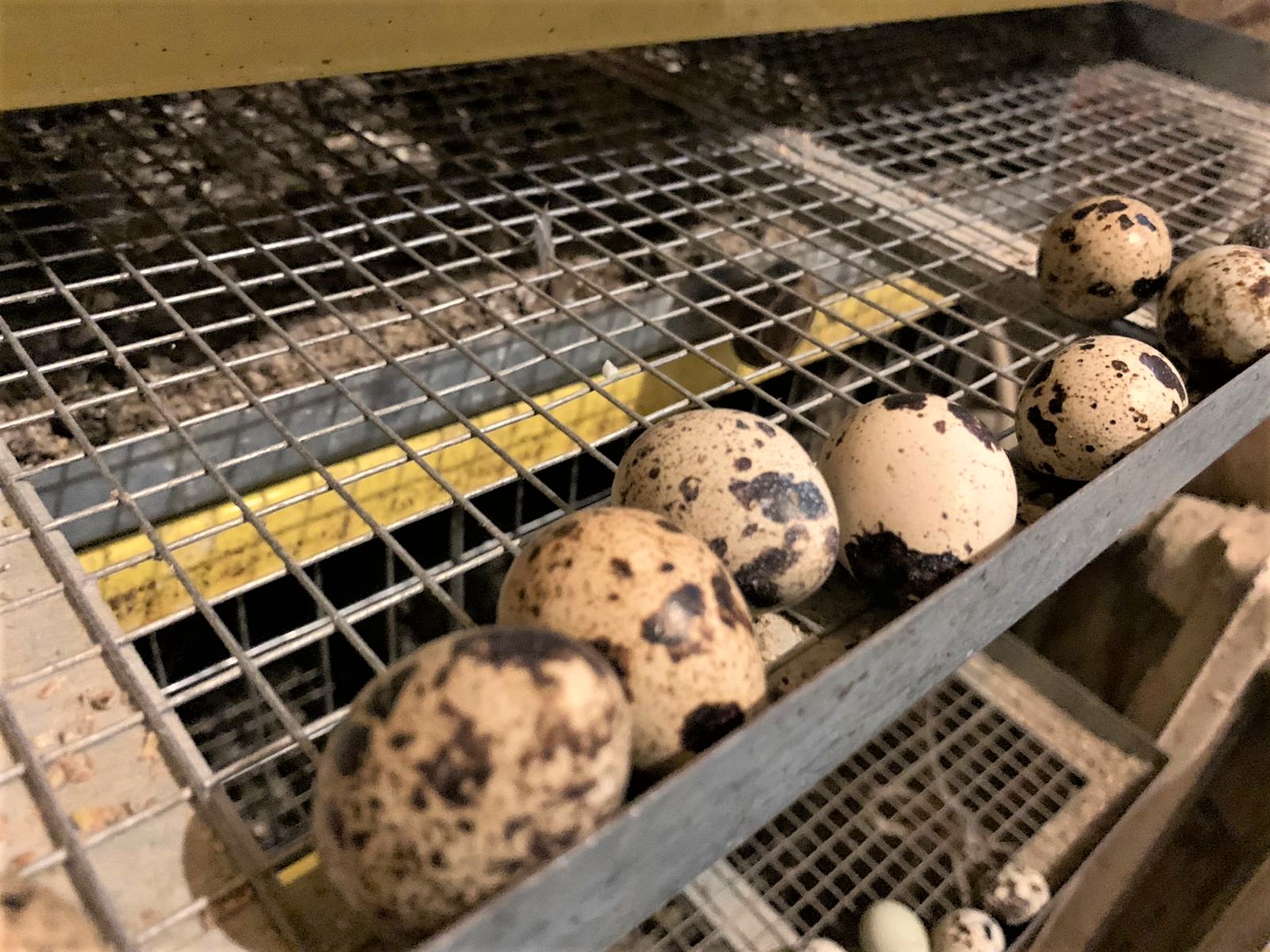